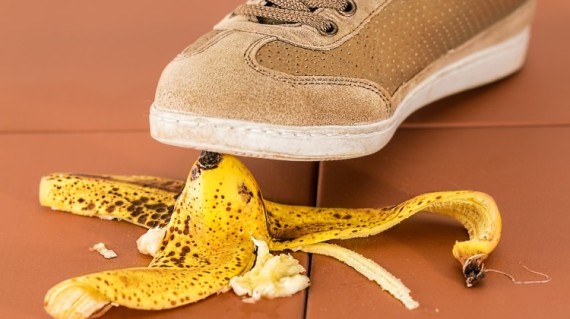 Maybe it started in the in the early 90’s with America’s Funniest Home Videos. The hit television series has run for 26 years, and became a hit before Reality TV and crowdsourced voting became popular.

We watch others falling down, getting hurt, and making errors. Since then, our society has become quick to kick people when they fall and foul-up. Laughing out loud while they roll on the floor in pain.

We can’t blame AFV, really. They simply recognized something popular with the people and presented it for all to see. Though I don’t watch the show, I’m sure they share empathy after the laughter subsides.

In this generation of failure as a spectator sport, what would the priest, the Levite, or the Good Samaratin (Luke 10:30-37) do today?

Human failings can lead to human successes. Instead of mocking and kicking, shouldn’t we practice and speak with encouragement and edification (Eph 4:29)?

How Does the Back of Your Baseball Card Read?
Funeral for a Friendly Neighbor